Emojis, GIFs and memes: the rise of digital culture in offline advertising 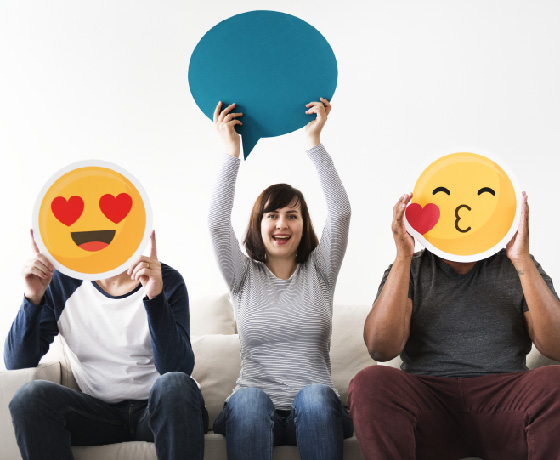 In todays digital world, people are moving so quickly that symbols, short video clips and catchy acronyms have become a primary form of communication and emotional expression.

This is well established and evident not just throughout Internet culture, but popular culture in general, so much so that “LOL” and “OMG” were added to the Oxford-English dictionary over five years ago. The hottest blockbuster of the summer, out in theatres today, is none other than The Emoji Movie.

Because emojis, GIFs, memes and slang have become a preferred mode of communication, brands are beginning to create effective strategies for using these digital languages and cultural trends in impactful ways offline, where they are even more noticeable and visible to the larger public. As brands look to stay relevant and keep their messaging consistent, as well as build meaningful interactions with consumers, they must properly deploy new-age digital vernacular across the established mediums they’ve always used.

In 2007, AT&T – then still Cingular – became one of the first early adopters to use digital culture in its offline advertising, led by the famous “IDK my BFF, Jill” tagline that people still recall a decade later. Attempts at leveraging popular digital slang have been mixed since, with far more brand fails than big wins, but in 2017, the trend has spread like wildfire across all mediums and is truly taking off.

An often quoted Microsoft statistic claims that humans now have a shorter attention span than goldfish, coming in at a mere 13 seconds. The same research predicted this would decrease even further, to 8 seconds, in the next ten years. Considering these findings and the fact that 140 characters has become the standard formula to share information, is it really any surprise that emojis are becoming the new norm in today’s language and brand content?

In thinking about this trend, we can also point to the evident shift from words to more visual and voice-based means in both tech and advertising today.

Take machine learning and the adoption of chatbots. I’m sure I’m not alone in saying I’m more likely to hit up Siri to answer a question rather than manually search Google, a task that would require my full attention and promises to be more time-consuming.

Social media’s influence on audiences has also encouraged marketers and advertisers to put mobile capabilities and creative visuals first when undertaking new content. Some ads are ditching words all together, following Twitter’s lead in simply including a hashtag symbol in their award-winning 2016 election campaign.

Instagram’s popularity has also steadily grown, so much so that it’s been named the top social media platform for user engagement. Science has proven that humans prefer gathering and interpreting information through sight, which explains why the platform’s visual nature has us hooked. As far as text on the app goes, its format is actually unfavorable to links, text-based posts and dialogue – consequently centering our attention squarely on the images we scroll past.

With the growth of condensed digital language and tech-powered visuals taking over every aspect of culture, it seems the age-old proverb that “a picture is worth a thousand words” feels more fitting than ever in 2017.

To help us make sense of this rapid shift and consider its effects on the OOH advertising space, I’ve outlined a few hypotheses that come to mind:

There is growing fluidity between online and offline communications. While we live, breathe, intake and communicate in the so-called “Real World,” the 1:1 highly-personalized “Digital World” simultaneously demands and holds our attention, whether we’re at home or at work, on our phones or on our laptops.

These two states of attention ultimately coexist – often at the exact same time – and the motion of paying attention to our environment and looking down at our screens becomes seamless. Common digital language is the vehicle that connects the two.

Consilience is the scientific term to encompass the principle that evidence from independent, unrelated sources can converge to strong conclusions. Out-of-home and digital are entering a new era – and reports like Mary Meeker’s 2017 study of Internet Trends say they now work better, together, through today’s mobile technology.

It follows that if their digital language is shared, their partnership and advertised message becomes stronger. Reese’s would be nothing without its winning peanut butter/chocolate combo.

Say It with Pictures

Because there’s no better way to illustrate how digital language, emojis and GIFs are taking over advertising and pop culture more generally, we’re showing you a couple visual examples we love below.

This Bumble billboard on route to Coachella is a classic example. To anyone with an iPhone and familiar with the double-entendre the image carries, the ‘eggplant’ is one of the most identifiable emojis which cleverly reinforces the value proposition of the dating app.

Another use case we love is the storytelling element that emojis can provide. The Emoji Movie is one of the most anticipated of the summer, and the irony is not lost on us that previously digital-only emojis are being transformed into characters with a real-life narrative consumers can get excited about and relate to.

In Boston, the Massachusetts Bay Transportation Authority (MBTA) is taking its public PSAs to the next level by transforming them into fun GIFs. In doing so, they both make commuters aware of general courtesies to respect but also give them a visual that surprises and delights during their commute. 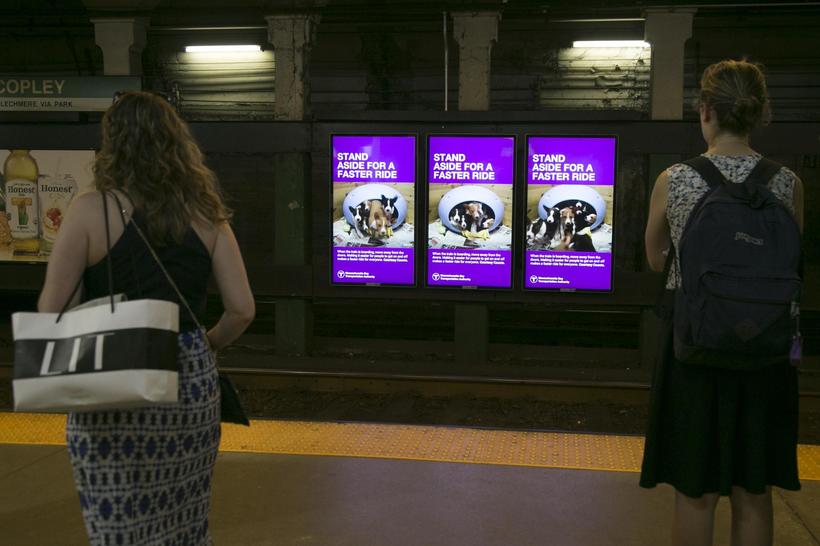 So all of this begs the question — why now?

Digital languages in the form of emojis, memes, acronyms, GIFs, etc. are more commonplace than one would think, and they don’t just help us communicate more rapidly, they also deliver more emotion in our responses. It’s not even just a generational trend anymore – we use emojis at work, every political move becomes an instant meme and the GIF turns 30 this year!

As our digital culture continues to evolve, the lines between the offline and online worlds will progressively blur and become more fluid, with each leveraging the strength of the other to create more engaging consumer content.

Nowhere is this pairing more powerful than when OOH is combined with mobile capabilities and today’s popular digital jargon. Not only does OOH’s canvas prime the message to easily be viewed on a handheld screen, it also captures and embodies the power of reaching a massive audience at the same time. Location provides the contextual relevance informing both, with the new digital language providing the strongest pillar of an increasingly unified experience.

So, from IRL to URL and back again, the fluidity of the “we screen” and the “me screen” is the tie that binds.