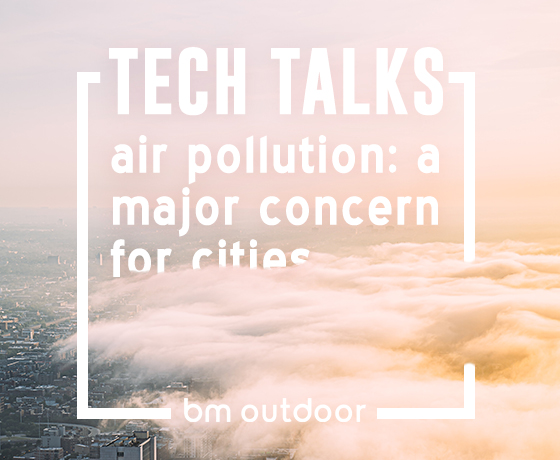 Air pollution is a major concern for cities, given its consequences for human health and the environment. This is the last challenge accepted by JCDecaux and Studio Roosegaarde, who unveiled a series of smart billboards and transit shelters able to remove pollutants from the air.

The R&D department of JCDecaux developed the Filtreo bus shelter in response to a study commissioned from the INRA (French national institute for agronomic research), which highlighted the possible impact of urban greening on air pollution. Filtreo is designed to reduce passengers’ exposure to pollutants, particularly fine particles, at the kerbside. This is where concentrations are highest.

The roof of the Filtreo bus shelter is actually a carpet of moss that captures and absorbs pollutants. As a particularly hardy plant without roots, the moss develops naturally over the long term, nourished by airborne particles. The roof also includes a built-in ventilation system that sucks air in through the plant layer and blows it out again towards the passengers at the bus shelter.An intelligent control system activates the fans whenever pollution levels peak. These low-consumption fans could be powered by solar energy. 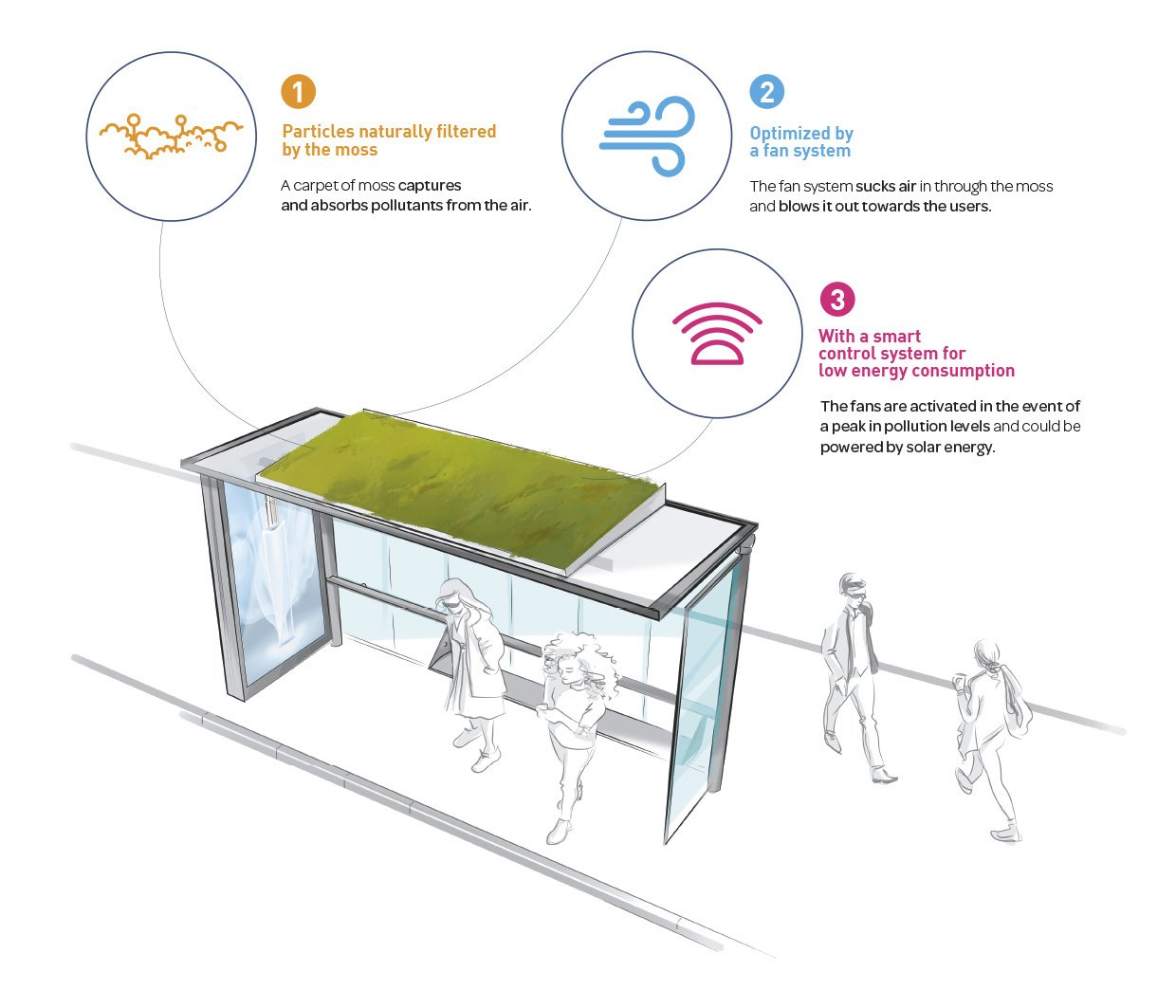 Under the guidance of Dutch designer Daan Roosegaarde of Studio Roosegaarde, an interdisciplinary team of students from the University of Monterrey (UDEM) have designed and installed the “Smog-Eating Billboard” to purify the air in Monterrey, Mexico. Dubbed “Pollu-Mesh,” the installation follows in the footsteps of Studio Roosegaarde’s ongoing Smog-Free Project that includes the successful launch of the Smog-Free Towers, a series of large-scale, air-purifying structures in China, South Korea, Poland and the Netherlands. According to the team, the Smog-Eating Billboard purifies the same amount of air as 30 trees every six hours.

Measuring 12.7 meters wide by 7.2 meters tall, the nearly 100-square-meter Pollu-Mesh billboard is coated with a chemical that relies on sunlight and wind to attract and then clean air pollutants via a process called photocatalysis. The text on the billboard reads, “This billboard is now cleaning the polluted air.” The team estimates the lifespan of the smog-eating billboard at 5 years and says it can provide clean air for 104,000 people daily. 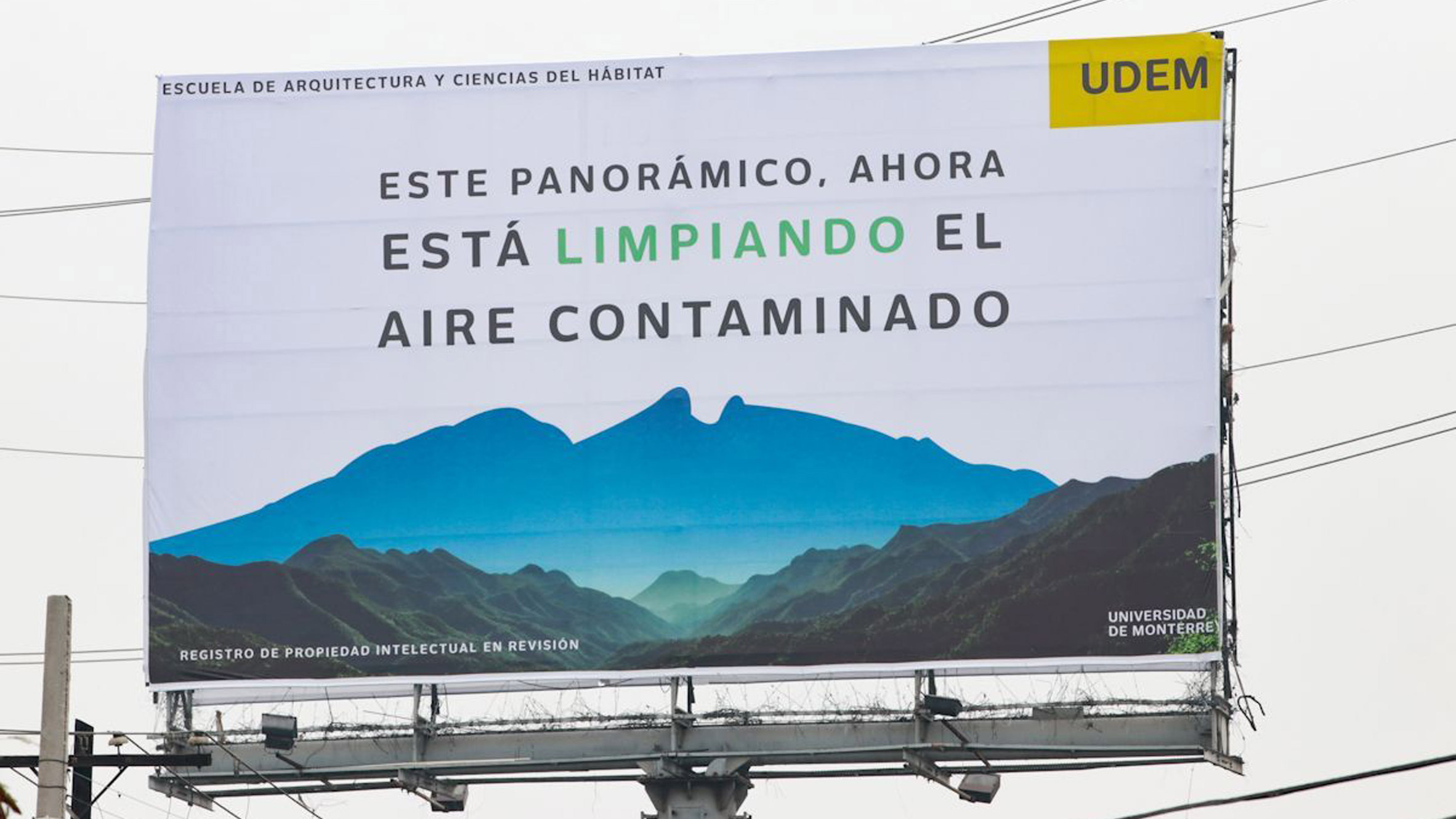