Think outside the bowl 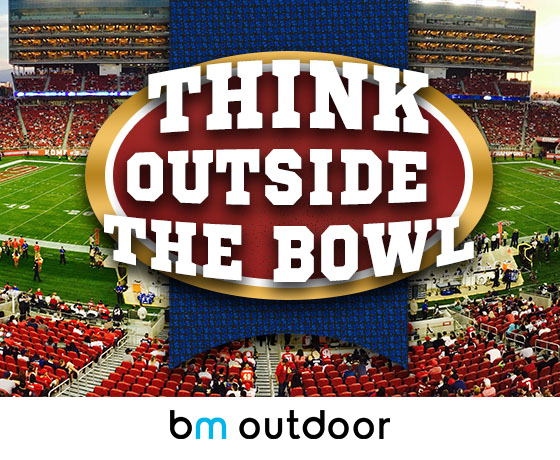 As a media agency we are most likely to talk about impressive campaigns, tech innovations on Out-Of-Home but we know that but our Industry involves much more than just billboards and transit shelters. A potential client is out there and the big brands know it and so should you.

Last week we talked about the impact and brand awareness that a 30 sec ad during the Super Bowl can create.

Super Bowl commercials have become a cultural phenomenon of their own alongside the game itself; many viewers only watch the game to see the commercials. Super Bowl advertisements have become iconic and well known because of their cinematographic quality, unpredictability, surreal humor, and use of special effects. The use of celebrity cameos has also been common in Super Bowl ads. Several major brands, including Budweiser, Coca-Cola, Doritos, GoDaddy, Master Lock, and Tide have been well known for making repeated appearances during the Super Bowl.

Some brands have come up with ways to get attention at this time of year without the cost and headache of suiting up for the game.

Stella Artois had big plans to promote itself during the Super Bowl and none of them involve a commercial. Instead of spending up to $5.6 million on a 30-second spot, the beer brand is sponsoring a three-day event in Miami, the host city of the game between the Kansas City Chiefs and the San Francisco 49ers. The gathering, called Port de Stella, started Thursday. It features a performance by the musical duo Sofi Tukker, appearances from celebrities like the actress Priyanka Chopra Jonas and pop-up restaurants catered by chefs like Rosio Sanchez. Visitors can skip causeway traffic by taking yachts emblazoned with the Stella Artois logo from South Beach to the event’s downtown Miami location. 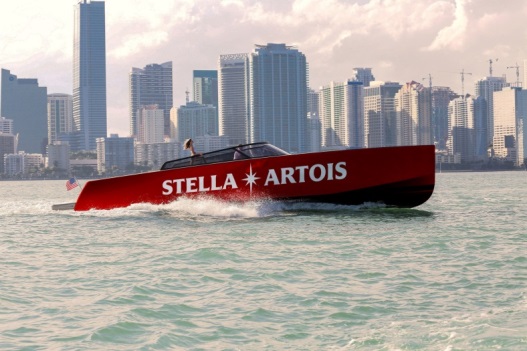 NFL hotel sponsor Courtyard by Marriott is bringing back its in-stadium activation, which invites contest winners to sleep in a replica of a Courtyard suite at Hard Rock Stadium. This year’s winner is Denise Ammon, who can invite three friends to sleep in the suite and wake up inside the stadium on Super Bowl Sunday. Courtyard partnered with 160over90 to produce the activation. 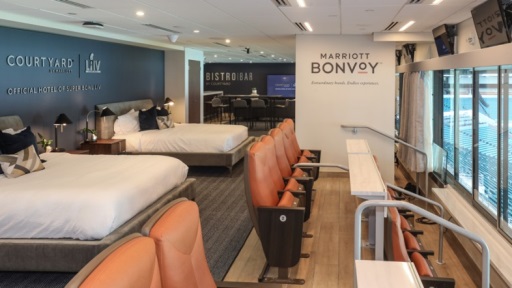 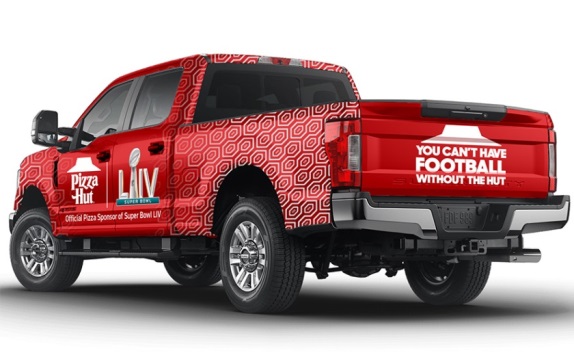 The official pizza sponsor of the NFL plans to deliver nearly 30,000 free slices in Miami on Super Bowl weekend. Pizza Hut will launch a delivery fleet of branded Ford F250 Trucks, scooters and bikes, which will travel to more than 15 spots in the city including Wynwood Walls, Little Havana and the University of Miami. The brand will also sponsor the MVP Award at NFL Honors the night before the Super Bowl. And to celebrate the host city, Pizza Hut and nonprofit partner First Book will donate $54,000 in grants to local educators across greater Miami.

Even thought these brands decided to advertise with activations it doesn’t mean that others didn’t go for the oldie but goddie billboard advertising. 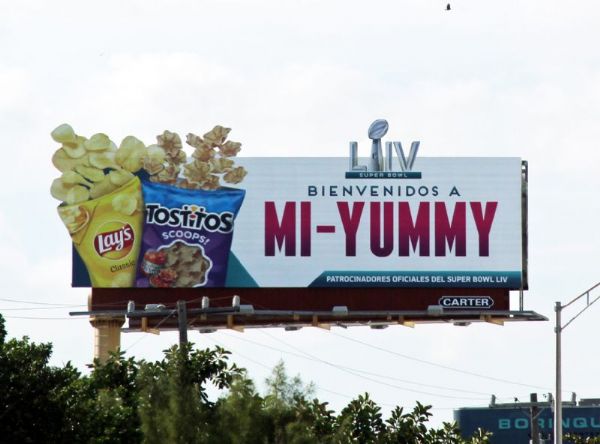 Bienvenidos a Mi Yummy. Yes indeed, welcome to the party in Miami, Florida, home to Super Bowl LIV! And you know you'll want to stock up on some great snacks. This Bulletin on I-195 in Miami was set up before the Super Bowl, reminding you of the delicious taste of these snacks.

Out of home ad spends can be extremely valuable and stretched to gain big and high-quality impressions. With so many media options and levels of engagement, OOH campaigns can be tailored to meet any brand’s specific goals and successfully reach its target audience.