A graffiti artist whose resume includes Tom Clancy video games and Reebok yoga outfits has reimagined the classic Ralph Lauren polo shirt as part of a new outdoor art installation for the brand.

The street artist, known as ELLE, is part of the summer campaign that spans New York, Chicago and Dallas, where three giant and selfie-ready murals rolled out this month. 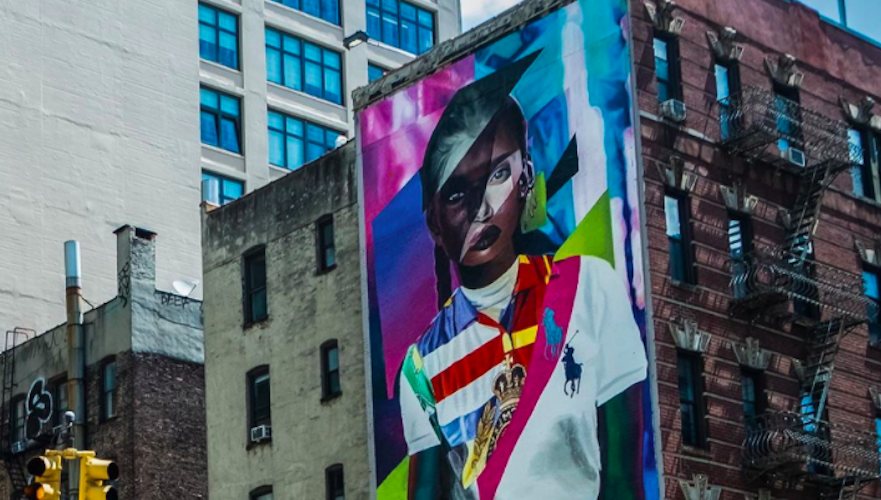 The out-of-home campaign also includes work from artists Steve Hunter and CERA, and each piece is enabled with augmented reality animations via a Snapchat code to encourage consumers to spend time engaging with the brand and the images.

The pieces “feature a polo horse activated by Snapchat AR so that a pony blasts out of the painting and allows users to toggle the colors in the image,” the brand explained in a blog post.

The colorful wall art, with the ever-present polo pony, “reflects the flavor of the various cities and neighborhoods in their designs and reinterpret the polo shirt to a new generation,” explains the brand in a statement about the campaign, which notes that there’s also 3D “ground art” in Chicago and Dallas.

The company plans to use ELLE, CERA and Hunter’s designs on product, available on the Polo app, with proceeds going to local arts-education nonprofits in underserved communities.

The outdoor campaign comes on the heels of a few other notable efforts from the iconic brand, which last year consolidated its global media with four agencies and shifted the bulk of its marketing to digital channels. Ralph Lauren recently debuted a gender neutral Polo Pride collection for adults and children called “We Stand Together.”

The company also launched Polo Project: Design for Good in May, with artist Michelle Smith’s “Just Let Me Breathe” design on limited edition T-shirts. Proceeds from those sales went to the World Health Organization’s Covid-19 funds.